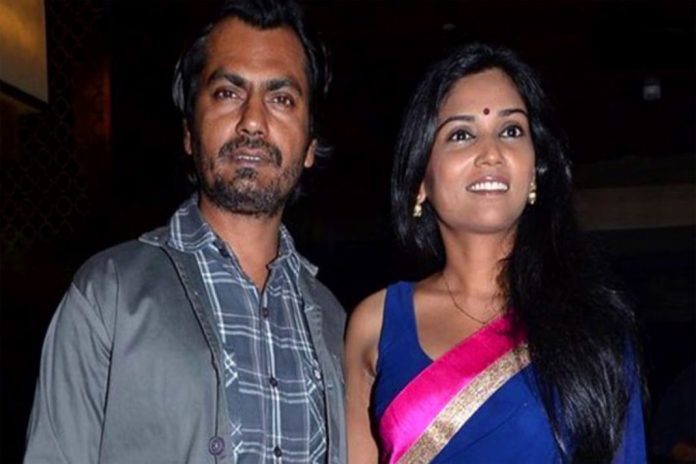 Nawazuddin Siddiqui’s wife Aaliya has filed for divorce citing ‘several reasons.’ Nawaz was also sent a notice that he has not yet responded to it.

Actor Nawazuddin Siddiqui’s wife Aaliya has filed for divorce. A notice has been  sent to him seeking maintenance. She has made some ‘serious allegations’ against him.

Aaliya’s lawyer informed that the notice was sent to Nawazuddin via email and WhatsApp on May 7 and that he hasn’t replied to it yet. “Yes, it is to confirm that we have sent a legal notice to Mr Nawazuddin Siddiqui. The notice was sent on behalf of Mrs Aaliya Siddiqui on May 7, 2020.

Due to unprecedented Covid-19 times, the notice could not be sent through speed post. It has been sent through email as well as WhatsApp. Mrs Siddiqui, our client, has also sent the notice through WhatsApp. However, Mr Siddiqui has not responded till date. I think he is just keeping quiet regarding the notice and ignoring it.

The notice has been sent claiming maintenance and divorce. I would not like to get into the details of the notice regarding what are the contents and what are the allegations, but let me tell you that the allegations are quite serious and those are very sensitive to Mr Siddiqui as well as his family members,” the lawyer said.

Nawazuddin and Aaliya have been married for 10 years and have two children together. In 2017, it was reported that their marriage had hit a rough patch, but the couple had disproved the rumors about their divorce back then.

Aaliya spoke about the reason for divorce, “There is not one reason but several reasons behind my problems with Nawaz. And, all these reasons are very serious.” She added that she had changed her name back to Anjana Anand Kishore Pandey two months ago. She is also known as Anjali.

“The problems between Nawaz and me have been going on since 2010, after one year of our marriage. I have been handling everything but now things have escalated beyond repair,” she said