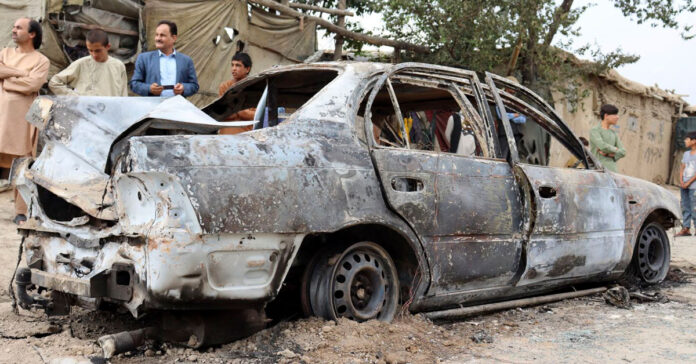 Rockets were fired at Kabul’s airport on Monday. Meanwhile, the US troops are getting ready to withdraw completely from Afghanistan. They are evacuating as the allies are under the threat of ISIS group attacks.

However, President Joe Biden set a deadline of August 31 to withdraw all US forces from Afghanistan.

US evacuation flights have taken more than 120,000 people aboard amid terror of the Talibans. They are now focusing on flying the Diplomats and the soldiers safely.

Adding to the woes of the US soldiers, the ISIS, who are the rivals of the Taliban pose the biggest threat to them. Just last week, the suicide bomb attack claimed more than 100 lives, including 13 of the US troops.

Biden had predicted more such attacks. Moreover, US claimed that it carried out an air strike on Sunday night in Kabul on an ISIS -prepared car bomb.

Furthermore, rockets were fired at the airport on Monday morning. A Taliban official at the scene said he believed five rockets had been fired, and all were destroyed by the airport’s missile defense systems.

Fortunately, there were no reports of fatalities or airport damage from the rocket attacks.