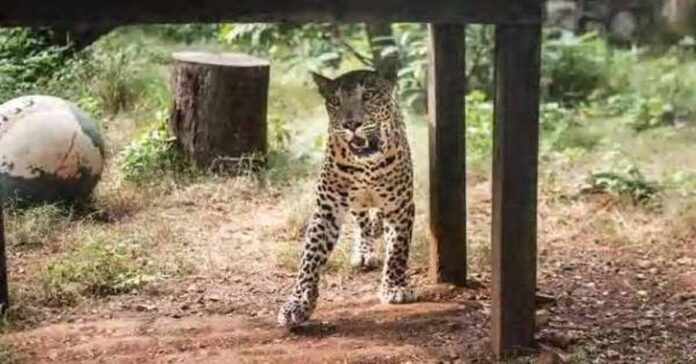 A 11-year-old girl was killed by a leopard in Uttarakhand’s Jaspur area in US Nagar district, according to the forest officials.

The villagers are in panic and there is resentment among villagers. They are accusing the forest department officials of their inaction despite having complained about the attacks of the leopard.

Leopard attacks have increased in the Kumaon region of the state recently.

Anand Singh Rawat, range officer of Patrampur range in Jaspur, said that, a leopard attacked a girl on Thursday evening in Jaspur area but the body of the girl was recovered from a field on Friday morning.

11-year-old Rahat, the victim was the daughter of Farookh, a labourer from the Pilibhit area of Uttar Pradesh, who works in a kiln at Dharampur-Baheri village, about 10km from Jaspur, he lives with his family there, near the UP border.  Rahat was playing with her siblings, when she was attacked and dragged by the animal.

After the incident, the Kiln owner informed the police as well as forest officials. They could not trace out Rahat despite searching the area after the attack. They recovered her body finally on Friday morning.

The residents of the area alleged that the leopard had been roaming in the area for a month and the forest officials had failed to take any action to get rid of the big cat despite their repeated complaints.

Many children were attacked by the leopard in Kumaon.

A 14-year-old boy was killed in a leopard attack in Pauri Garhwal district when he took his cattle for grazing in the forest area, on October 1.

A 11-year-old girl was killed in a leopard attack in Pithoragarh district when she was collecting fodder, on September 24.

A 7-year-old girl was mauled to death by a leopard when she was playing near her house in Almora district, on September 19.