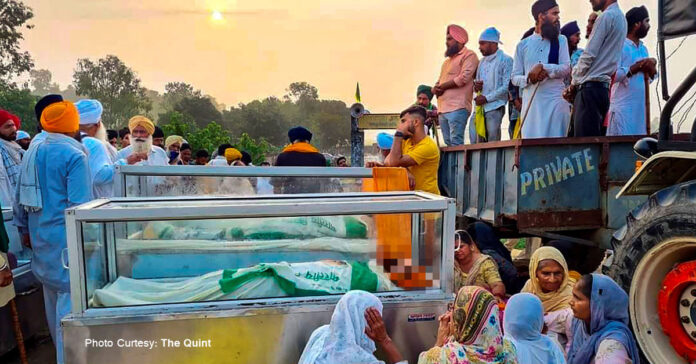 The Farmers in Uttar Pradesh’s Lekhimpur Kheri, who were protesting over yesterday’s deaths did not cremated the bodies. They warned that the bodies will be cremated only when the minister is sacked and the Minister’s son is arrested.

However, the farmers reached an understanding with the government and called off the protest from Ground zero.

This morning they came to an understanding after they had a meeting with the police. The farmers agreed to cremate the bodies of the four people who were allegedly mowed down by a car. Farmers allege that the car was driven by the son of Union Minister Ajay Kumar Mishra yesterday.

Four farmers were mowed down by the car and several others were injured. Unexpectedly, four others died in the violence which followed the incident.

The government has promised to pay a compensation of Rs. 45 lakh to the kin of those who died and Rs. 10 Lakh to those injured.

Furthermore, A murder case is filed against Ajay Kumar Mishra’s son, Ashish Mishra. The farmers allege that the Minister’s son was driving the vehicle and mowed down the men protesting against the minister’s visit.