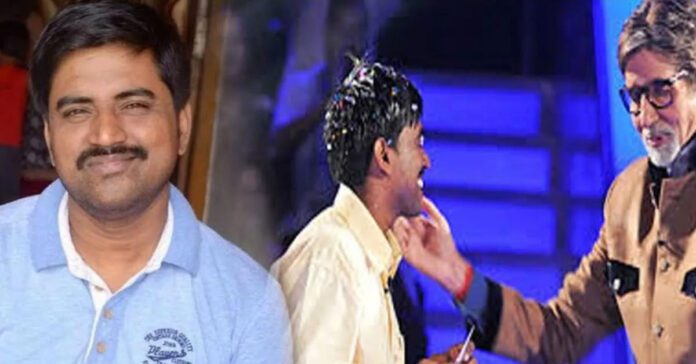 Sushil Kumar, created history when he took home Rs 5 crore in KBC 5. He said that he faced the worst time of his life after winning the show hosted by Amitabh Bachchan.

Sushil Kumar created history when he took home Rs 5 crore after winning quiz-based reality show Kaun Banega Crorepati in 2011. The season 5 winner of KBC, sushil kumar always dreamt to become an IAS officer, however, he ended up struggling with his life as he did not know how to handle the new-found fame.

Kumar shared his experiences on Facebook saying the”worst time” of his life after winning KBC. The post was written in Hindi. He said that 2015-16 were the most challenging years of his life.

He shared that he had become a local celebrity and was invited for several events across Bihar for 10-15 days every month. Because of which his education took a back seat. He also got used to media so much that he was almost addicted to it. People used to ask him questions and since he didn’t want to tell them that he was jobless he started investing in businesses without any experience.

However, Kumar lost all the money he invested as the ventures flopped after some time.

After winner of KBC, people approached sushil kumar for charity, and he used to donate around Rs 50,000 every month. Many people duped him taking his inexperience and innocence as an advantage. His marriage also got affected as his wife used to get worried about their future.

Kumar then thought of earning a regular income. He started renting cars in Delhi in collaboration with a friend. This made him travel to Delhi on a regular basis.

Very soon he got exposed to new ideas and beliefs. He started feeling inferior as he did not have knowledge about a lot of things.

He started hanging out with the groups to gain knowledge, but unknowingly fell into the addiction of smoking and drinking.

His marital life strained a lot and one night when he had a fight with his wife and upset he started walking in the street, he got a call from a reporter.

In an interview to the reporter, he told the reporter that he lost everything hence bought two cows and not he’s selling the cows’ milk and earning a livelihood. This news report spread like wildfire, after which, people stopped calling him for events. His friends and relatives also started staying away from him.

Unfortunately, he had another big fight with his wife that almost reached the point of divorce. While his wife left for her parents’ home, Kumar moved to Mumbai with a new identity and a dream to become a filmmaker.

He started working with a popular production house and learned everything, as he did not have knowledge about the technicalities of film making. A producer friend suggested him to work in TV serials, however, he stopped liking the work. He left his dream of becoming a filmmaker and moved in with a singer friend. He spent his time watching movies and reading books.

He spent six months alone in the city. Then he realized that he came to Mumbai not to become a filmmaker, but to run away from his problems. He realized that happiness arrives when you follow your heart. Pride can never calm down. It’s better to be a good human than being popular.

He returned home and started preparing for a teaching course, which he cleared. Now he’s involved in environmental work which gives him peace. He stopped  consuming  alcohol now and 2016 was the  last time he consumed it and also quit smoking last year. Now, he feels that each day is like a celebration

Kumar concludes that he only hopes to fulfill the little needs of his life and spend time doing environmental work.