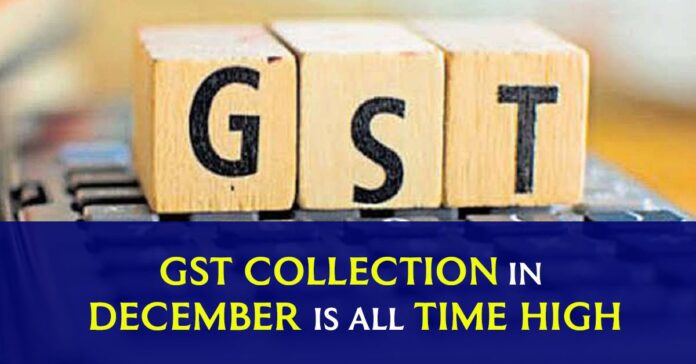 In a statement issued by the Finance Ministry, the gross GST revenue collection is Rs 1,15,174 crore in December 2020. This is the highest monthly revenue growth in the last 21 months.

Though it is said that 2020 has been a bad year for the Indian economy, the last quarter of the year has given a reason has cheered up the govt slightly. The GST collection was more than Rs 1 lakh crore in December. This is the third consecutive month when the GST collection has crossed the 1 Lakh crore mark.

The statistics released by the Finance Ministry, shows that the GST collection in December 2020 was Rs 1,15,174. In October, the collection was Rs 1.05 lakh crore. GST was implemented in February but the GST collection figures crossed one lakh crore rupees in October and the trend continued for the next two consecutive months November, and December.

This huge revenue collection was made possible due to the rapid economic recovery after the epidemic and the nationwide campaign against GST evasion and fake bills, and systemic changes. A total of 87 lakh GSTR-3B returns were filed from November to 31 December.

GST on Rent- Know the Impact, Rate of Tax, Applicability

GST -Goods and Services Tax were levied on commercial properties like offices or spaces leased or given...