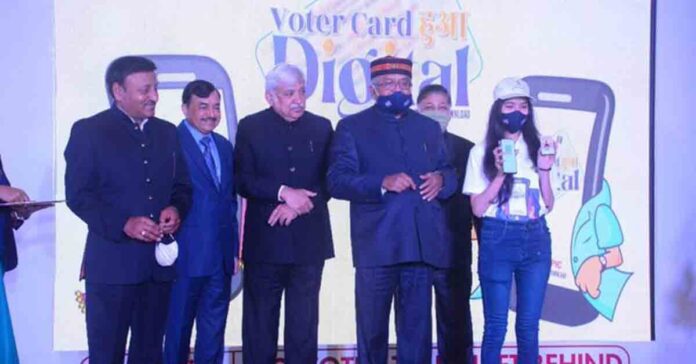 This electoral card which would be a non-editable digital version of the electoral photo identity card. The citizens will be able to easily download on their computers and smartphones.

As per a statement issued by the Election Commission (EC), the idea behind the e-EPIC programme is to provide faster delivery and easy accessibility to the document which otherwise would take time to print and reach the voter.

It becomes all the more important as the e-EPIC programme has been launched on the National Voter’s Day which also marks the establishment of the EC . The Election Commission which had come into being on 25 January 1950, a day before India had become a republic.

Meanwhile, the electoral photo identity cards introduced in 1993 are recognised as proof of address and identity.