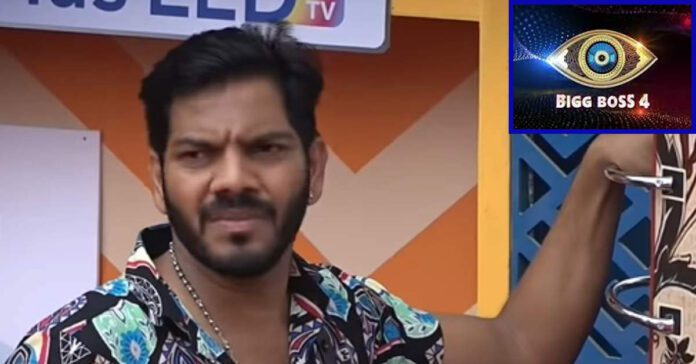 The Bigg boss 4 Telugu show’s 13 episode a comedy skit was scheduled. The skit was performed by Kumar Sai team first. The other team which consisted of Devi, Divi, Amma Rajasekhar, Harika did a skit in which they play as a drama company that suffer from the hunger pangs. The comedy part was average but the thought was commendable.

Later on, the team which consisted of Avinash, karate Kalyani, Monal, Sujatha and Akhil did a skit together. Although it was lengthy, the comedy was sufficient in it. These two skits received equal votes. However, Gangava’s decided, Avinash’s team as the winner.

Amma Rajasekhar was disappointed with the decision and a chaotic atmosphere erupted in the house for a while. After sometime they had drinks and settled amicably.

Bigg Boss got angry when members in the household repeatedly broke the rules. Bigg Boss made the members do sit- ups on a lighter note and urged them to learn Telugu well. BB TV selected four of the best performers and suggested that one of them should be chosen as the captain. While Abhijit, Kalyani, Noel and Mehboob competed for the captaincy, Noel was unanimously made the captain.

Later Devi was irritated on two occasions. The first when she obstructed Lasya from entering into the captain’s competition. After that she got into an altercation with Rajshekhar while Noel was assigning tasks as a captain. She also warned him not to raise his voice.