All Your Messaging Apps in Beeper a New App 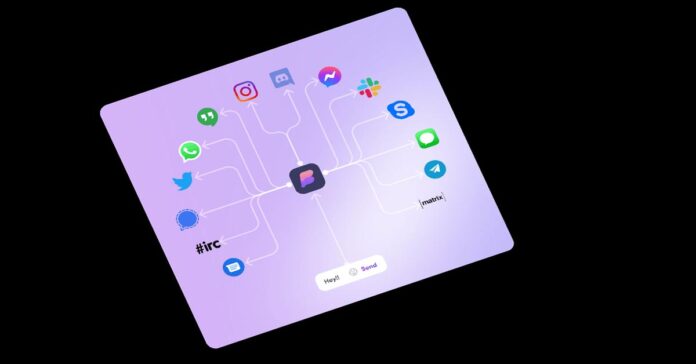 The app acts as a central hun for 15 major messaging apps or services. It works on a monthly payment basis. The users need to pay $10 (Rs 730 by direct conversion) per month in order to keep all their messaging apps in one place. Perhaps the most interesting thing that Beeper may be able to do is run iMessage on Android.

Eric Migicovsky, the founder of of this app said that Beeper allows iMessage to work even on Android, Windows, and Linux, but it involves using “some trickery.”

Beeper was previously known as NovaChat it works on all platforms including Windows, Mac, Linux,iOS, and Android. Messages are connected to the app using Matrix, which is an open-source federated messaging protocol and acts as a bridge for each messaging client.

WhatsApp, Telegram, Signal, Slack, Messenger, SMS, Discord, Skype, IRC, Twitter DMs, Apple iMessage, and Google Hangouts are the 15 major messaging apps that Beeper includes currently.. Each of these apps feed their messages into a single location. The users can respond to messages on all these apps from within the new app Beeper itself.

In the FAQs page on Beeper’s website, the company says that figuring out how iMessages will work on Android and Windows was tough to figure out. Beeper has two ways of enabling Android, Windows and Linux users to use iMessage – it sends each user a Jailbroken iPhone with the Beeper app installed.

This acts as bridge to iMessage, or if users have a Mac that is always connected to the internet, they can install the Beeper Mac app which will act as a bridge. For users who have no Apple devices, Migicovsky said that the company plans to upcycle older iPhone that have been jailbroken to send to paid customers.

The new app sounds good, but there the website of Beeper does not give any information on encryption. However, since the app is currently in its early stages and is not available for everyone yet, it is not known if providing information on encryption is on the plan for Beeper. Beeper asks prospective users to fill out a form on its website in order to get an invitation.