Vizag gas leak: what we need to know about the events 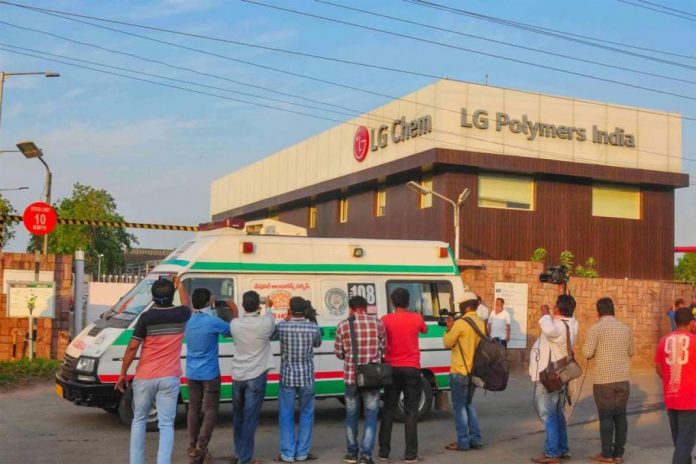 Vizag gas leak: what we need to know about the events

There’s a need to know about how the Vizag gas leak took place and what was the cause of the industrial disaster which has killed 13 people and affected thousands.

A major gas leak from a chemical plant of LG polymers in Andhra Pradesh’s Visakhapatnam occurred early on Thursday. It spread to villages in a five-kilometre radius rapidly. It killed at least 13 people and affected thousands.

Two children aged 6 and 9 years were among the dead.  Many domestic animals, pets and plants have also been impacted.

Many collapsed to the ground as they tried to escape the toxic vapors. In the wee hours of morning after the leak, scores of people could be seen lying unconscious on sidewalks, near ditches and on the road, raising fears of a major industrial disaster.

The death toll from the incident could go up with at least 20 people on ventilator support. 193 including 44 children are undergoing treatment at Visakhapatnam’s King George Hospital. 66 patients are admitted in private hospitals. 57 people are being treated at Vizag Community Health Centre.

How did the events unfold?

The styrene gas leaked around 2.30 am on Thursday (May 7) from a chemical factory called LG Polymers India Pvt Ltd in RR Venkatapuram village near Visakhapatnam.

Here’s a timeline of what happened shortly after the leak, according to police:

3.35 am: Sub Inspector Satyanarayana along with his staff reached RR Venkatapuram and realised the criticality of the situation and conveyed the information to Marripalem Fire Station and also to ambulance.

3:40 am: Police started the evacuation process. They shifted the affected people to the safe zone. Proactively, all 4,500 families living in the surrounding area were evacuated. Police barged into houses and woke up sleeping families and shifted them.

3:45 am: Fire department staff reached the scene and augmented efforts of police with fire fighting vehicle and alerted the people of the village.

4:30 am: CP Vizag and DCP Zone 2 personally participated in the evacuation operation and went from house to house to ensure that citizens are moved to safety. DCP Zone 2 due to inhalation of the gas suffered symptoms of poisoning.

In this entire operation, 22 police personnel are suffering from mild symptoms.

After 7.00 am, NDRF and SDRF teams reached the location and started the rescue operations.