‘Then Why Are You The CM, Stay a Yogi’: Twitter Slams Yogi Adityanath 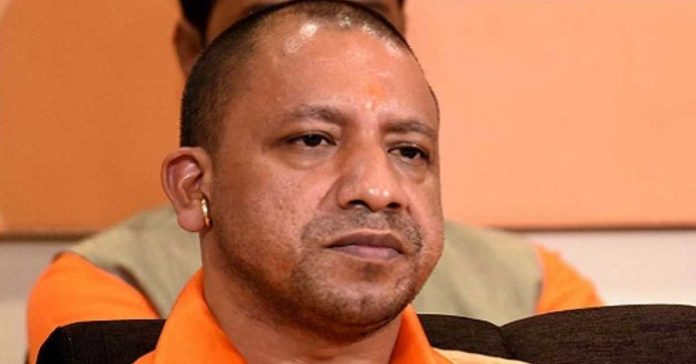 ‘Then Why Are You The CM, Stay a Yogi’: Twitter Slams Yogi Adityanath, After His Refusal to Attend Mosque Event.

He had remarked that as a Hindu, he had a right to live according to his religio’s method of worship.

Chief Minister Yogi Adityanath, in an interview to a reporter, told that he would not attend the inauguration of the mosque in Ayodhya. He mentioned that as a Chief Minister he has no problems with any religion, but he cannot go to a mosque as a ‘Yogi’ and ‘as a Hindu’. He was confident that he knows that no one will invite him.

After he attended the groundbreaking ceremony for the Ram Temple in Ayodhya, while speaking to a news channel reporter in an interview,  he said, “See, if you ask me as a Chief Minister, I have no issues with any religion or community. However, if invited as a ‘Yogi’, I will definitely not go there (mosque)”.

He further mocked that political leaders who attend roza or iftaar, wearing skull caps, are only posing as being secular, but are really not. He also remarked that as a Hindu, he had a right to live according to his religion’s method of worship.

One user wrote, ”Does it mean that he went to Ayodhya only as a Hindu not as CM? Does it mean a Hindu cannot go to any other religious place? Statement like these create an impression that HINDUISM and ISLAM are two antagonistic religions. Very unfortunate.”

Another user wrote, ”Then why are you the chief minister of a state? Stay a yogi.”

The Veteran politician, founder of Samajwadi party, Mulayam Singh dies at 82 while undergoing a treatment at...
Governance

LuLu Mall Controversy: LuLu mall is in the headlines for the wrong reasons. It was inaugurated by...
Activism

Subhrant Shukla, was an ex-executive at the pharmaceutical giant, Ranbaxy in 2010. He took to full-time farming...
Activism

What If UP Turns Into Kerala? Pinarayi Vijayan’s Jibe at Yogi Adityanath

Yogi Adityanath, in one of his video messages tried to woo his voters. While wooing his voters,...
Crime

Violence erupted when one of the cars in the convoy of Union Minister Ajay Mishra mowed down...
News

Kolkata Flyover Transformation in UP under Yogi

The Uttar Pradesh government published an advertisement about the development done by Yogi's government on Sunday. This...
News

The Uttar Pradesh Law commission released its first draft of the population control bill. It is seeking...
News