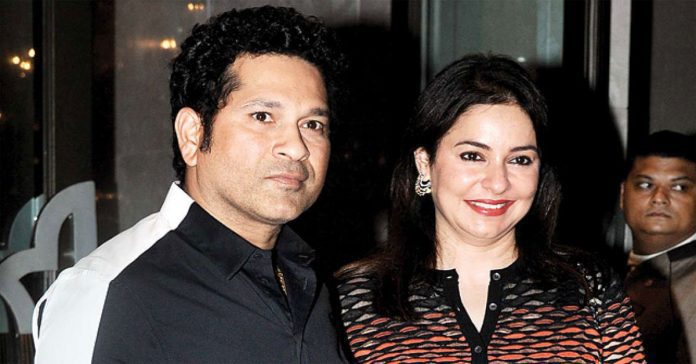 Sachin and his wife Anjali celebrated 25 years of marriage. Sachin was touched by Kambli, who sang a mashup of songs dedicating the performance to them.

Many wishes poured in for the couple from all their friends and family, including Vinod Kambli, who put out a video singing a mashup of songs for his good friend.

Sachin Tendulkar thanked his good friend and former teammates Vinod Kambli for his special gesture on their 25th wedding anniversary on Monday. 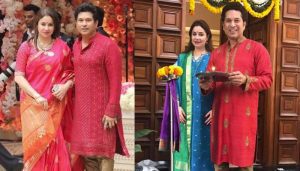 Sachin and Anjali Tendulkar, got married in 1995. They celebrated 25 years of marriage on May 24 and wishes poured in for the couple from all quarters on social media.

Among them was a special wish from Kambli, who sang a mashup of songs dedicating the performance to Sachin and Anjali.

“Wish a very happy wedding anniversary to Mr. & Mrs. Tendulkar! Dedicating a mashup of songs for your partnership of 25 Years Not Out!” Kambli captioned the post.

Tendulkar was touched by his childhood friend’s gesture and thanked him for it. 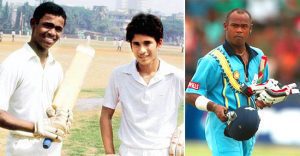 “Thanks for the beautiful wish Kamblya. Anjali & I thoroughly enjoyed your medley,” Tendulkar replied.

Sachin himself made sure to make the day special for his wife Anjali by turning chef on Monday. He surprised his family members by making mango kulfi for everyone and even posted  the video on Instagram.

“A Surprise for our Wedding Anniversary. Made this Mango Kulfi as a surprise for everyone at home on our 25th wedding anniversary,” Tendulkar wrote.

Vinod Kambli, who was once respected more talented than Sachin Tendulkar is now facing financial struggles in...
News

Prakash Bhagat, A Ranji Trophy player from Assam is forced to sell tea from the roadside stall...