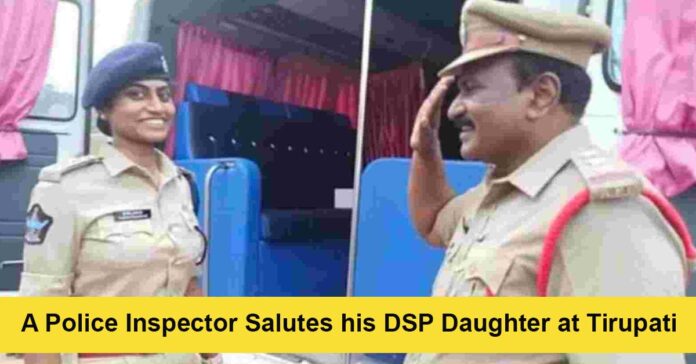 The best day in Inspector Y Syam Sundar’s life was when he saw his daughter and DSP for Guntur district Y Jessy Prasanthi in full police uniform. This is a proud moment every parent would dream of. 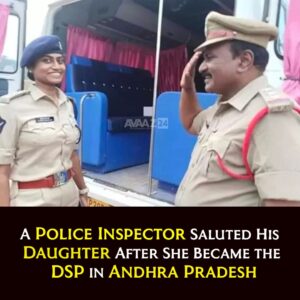 DSP Jessy Prashanthi cracked Andhra Pradesh Public Commission group 1 after she could not get through civil service examination, 2018. “My father wanted me to join the Indian Administrative Service, however I could not make it through the examination. Later I appeared for group 1 and was selected.

Since my childhood my parents insisted that we serve the nation, my younger sister is an assistant professor at government Dental college in Andhra Pradesh”, said the DSP. The family hails from Chittoor district

Syam Sundar said that as Prasanthi is a DSP rank officer, she is his senior, and hence would salute her just like he would do to greet any other officer. Meanwhile, DSP Prasanthi said her father has always been her inspiration and she try to live up to his expectations.

She said that while discharging duties, she would always follow the principles and dedication taught to her by her father.

Police officers feel that the relations do not matter when they are in their uniform and while discharging their duties.

ALSO READ: Pakistan Woman becomes head of a Village in UP, India. No one notices it for 5 Years