IRS officer Sameer Wankhede, though connected to Bollywood, yet unbiased! 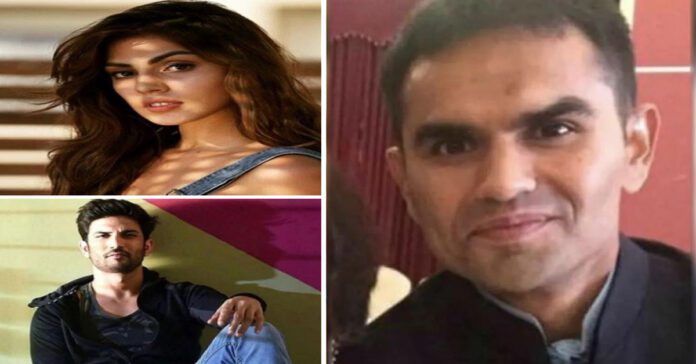 Sameer Wankhede has been appreciated for his role in the case and also for his special Bollywood connection. He has been in the news as the officer who probed Rhea Chakraborty’s drugs conspiracy link.

Top Indian Revenue Service (IRS) officer Sameer Wankhede has been in the news recently as the one who probed actress Rhea Chakraborty’s drugs conspiracy link in connection with actor Sushant Singh Rajput’s death.

Sameer Wankhede led a Narcotics Control Bureau (NCB) team to Rhea’s house in Mumbai to summon her for interrogation, on September 6. Since then, all the people are looking towards the NCB team regarding the course of the investigation.

Sameer Wankhede has not only been in the news for his role in the case and but also for his special connection with Bollywood. He is the better half of actress Kranti Redkar. Kranti is a well-known Marathi actress and had worked in a with superstar Ajay Devgn in his 2003 film ‘Gangaajal’.

He got married to Kranti Redkar in March 2017 in a private wedding ceremony.  Kranti is an actress turned filmmaker. She made her debut as a film director into Marathi film industry in 2014 with the film ‘Kaakan’.

Sameer Wankhede is an IRS officer of 2008 Batch. He was first posted at the Mumbai airport as the Customs Officer. In the last two years, a probe led by Sameer and his team managed to seize drugs worth Rs 17,000 crore.

He has been in various top postings and designations from 2008 to present. He worked as Deputy Commissioner in Air Intelligence Unit (AIU), Additional SP in National Investigation Agency (NIA) and as Joint Commissioner in Directorate of Revenue Intelligence (DRI) and Zonal Director in NCB.

While serving in the Customs department, he was not biased to even celebrities. He strictly followed the rules and did not give custom clearance to many celebrities until they disclosed the goods bought in foreign currency and paid tax on it. He didn’t spare anyone who has not paid taxes. It is said that he has booked more than two thousand celebrities for not paying the taxes.

Sameer was the officer who caught singer Mika Singh at the Mumbai airport with foreign currency, in 2013. Properties owned by many Bollywood celebs, including Anurag Kashyap, Vivek Oberoi, Ram Gopal Varma were raided by this top-notch officer.

As a customs officer he didn’t release the cricket World Cup trophy into the country at the Mumbai airport, until the custom duty was paid.