Excessive use of Sanitizers cause several health hazards 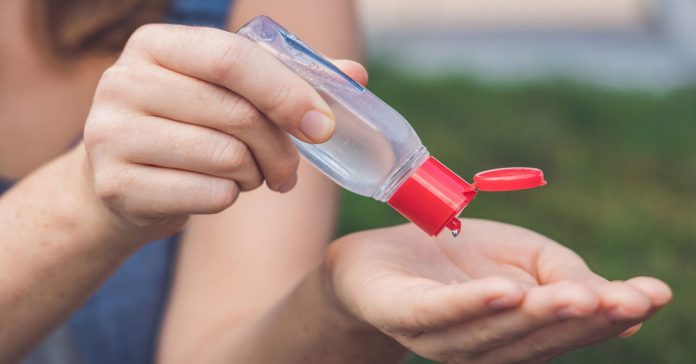 Excessive use of anything is bad and that same holds for Sanitizers as well. Sanitizers have become a part of our life in this pandemic situation. But according to the doctors, excessive use of sanitizers can lead to breathing problems, conjunctivitis, hormonal imbalance, hand allergies and many other issues. Doctors warn not to use excess amount of sanitizer.

Whenever someone goes to the market leaves one with sore hands due to excess amount of sanitizers poured because every shop made it mandatory for the customers to use sanitizers before entering into the store. How much is too much? And how to determine this has become a big question.

A Gurugram-based businessman Yatin Wadhwa said he developed allergy on hands due to over usage of sanitizers. According to him he used sanitizers 10-15 times a day. He went to the doctor and he was prescribed medicine and ointment to apply on the skin.

Some like Ritika Pahwa Sharma, a Faridabad resident, was using sanitizer almost throughout the day and gradually developed breathing issues. She is now washing her hands with soap and has limited the usage of sanitizers. She used to apply sanitizer on her hands every 30 minutes.

Last month she discovered an allergy on hands, then she visited a doctor and after going through a serried of tests, the doctor confirmed that it was due to the excess use of hand sanitizers. Doctor had prescribed anti-histamine, and for immediate relief she needs to take bronchodilator (inhaler) about thrice a day because of her breathlessness.

Dr. Nehal Shah Vora said sanitizers kills bacteria and viruses but at the same time they also kill the good protective bacteria on hands. Leads to Dermatitis or Eczema. Children who accidentally ingest sanitizers may cause alcohol poisoning. He added after using sanitizers on the entrance of a shop one should use oil based moisturizer or moisturizing hand wipes.

Delhi-based psychiatrist, Dr Sanjay Chugh said patients with Obsessive Compulsive Disorder (OCD) know that its irrational to apply sanitizers still they do so. There is also a risk of alcohol intoxication because sanitizers are 99% alcohol based.

“So if you keep putting them and your hand goes to the nose, and you keep sniffing it then you can actually get a buzz that can possibly lay the seeds for further addiction,” he adds.