ED records statements of Rhea Chakraborty and her brother, sources 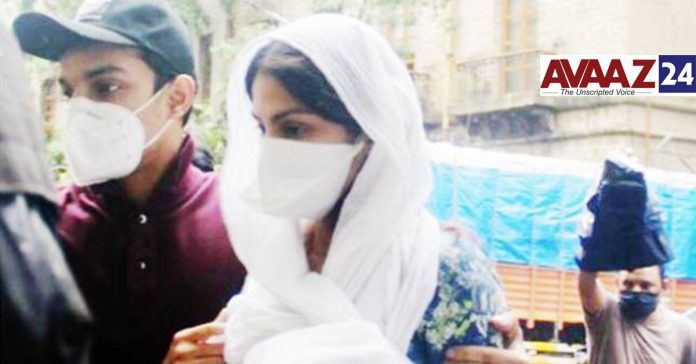 Rhea Chakraborty is being probed for suspected illegal money transactions. She had denied of doing any financial misconduct.

Bollywood actor Rhea Chakraborty and brother Showik appeared before the ED to record their statements.

Summons were issued to Rhea to join the probe in a case of money laundering registered by the ED in the Sushant Singh Rajput death case.

The brother and sister duo are being examined by a team of investigating officers headed by an official of the deputy director rank.

Apart from them, her chartered accountant Ritesh Shah and former business manager Shruti Modi are also being questioned.

ED has said the questioning will revolve around their income, investments and expenditures. Sources said following will be the line of the probe:

(a) Rhea will be asked about her bank statements, income tax returns, source of her income and savings

(b) The late actor had set up two companies between September 2019-January 2020, Rhea and her family were directors of these companies. Rhea and her brother Showik will be asked whether these firms did any business and why they were set up.

(c) Details of two properties which are registered in her name. Does she have property papers

(d) Her income tax returns vis-a-vis her yearly expenditures and assets acquired by her?

(e) Did she have any joint account with Sushant?

(f) Did Rhea have an authorization letter to operate the bank account of Sushant.

Earlier in the day, high drama ensued in the case. Rhea’s legal team claimed that she won’t be joining the probe because she had challenged the jurisdiction of Bihar Police’s decision to file an FIR.

However, the ED rejected her application and said by not joining the probe it will be non-compliance of summons.

Sushant’s house manager Samuel Miranda has been quizzed twice and questioned for eight hours by the ED on Thursday.