Devastated, want to hang myself: Amphan victim after losing everything 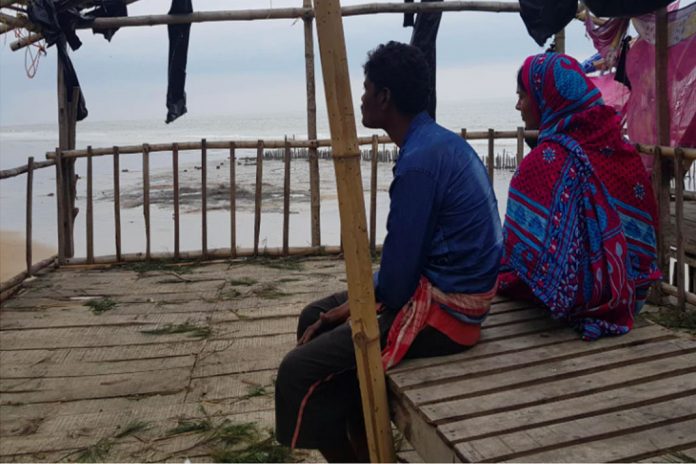 Cyclone Amphan, which hit the state at a time when people were already reeling under the current coronavirus crisis. Majhi’s family, like many others in West Bengal, lost everything during the devastation caused

Siddheshwar Majhi, a West Bengal fisherman who lost everything after Cyclone Amphan ripped through many parts of the state on Wednesday, said, I am devastated, can only eat poison or hang myself,”

Majhi’s family, like many others in West Bengal, lost everything during the devastation caused by Cyclone Amphan, which hit the state at a time when people were already reeling under the current coronavirus crisis.

Majhi and his wife Alpana used to earn a living by cooking meals for tourists who came to Tajpur, a popular beach located 20 kilometres from Digha, which was pummelled severely after the landfall. Staring at the sea blankly from his roofless shop, Majhi said he witnessed the storm blow away the last of his belongings and his dreams along with it.

The 33-year-old told India Today TV that he has lost everything he saved for years, partly due to coronavirus and the rest due to the cyclone.

“The lockdown has led to so many problems. I have tried to run my family. We have no earnings for two months, but now after this cyclone, the roof is also lost,” Majhi said. 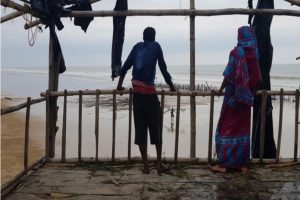 “I don’t know what I will eat. I have lost my sleep already and now there is nothing left in my shop,” he added.

“Even if you stay at home…you need food to stay alive, who will cook for us every day or help us with money.”

Majhi said that now he has to either borrow or depend on the government to provided rice for surviving. “I can stay hungry but how can I keep my kids hungry?” he asked.

“I have no roof even to save my family during rain. I am helpless and can only sit and stare at the raging sea,” Majhi added.

His wife Alpana is equally devastated. She is bothered about how they will arrange meals for their two children in the coming days. Tears were running down her eyes as she was sharing her ordeal.

“There has been lockdown from the past two months. We have been hand to mouth and I do not know how I will run my family and feed my kids,” she said. 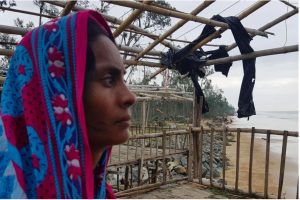 “This cyclone has broken everything in our lives.”

There are around 50 such shops in Tajpur which depend on tourists. Some days the earning is as low as Rs 100 while it rises to Rs 1,000 during the travel season.

Majhi had suffered a back injury three years ago. Now they are not sure if they can repay a loan of Rs 1.1 lakh taken from Punjab National Bank.

Majhi repaid only Rs 40,000 in eight months. But this was till February after their life changes due to the coronavirus crisis. They now have to depend on government for food, which includes two kilos of rice and a kilo of pulses. It is not enough for the family to last a month, said Majhi.

With a steep debt, two children to feed, both Majhi said he may have no option but to commit suicide.

“I had taken a loan of more than one lakh rupees from the bank but rest is from local as cash borrowings. Now I cant even think of a way to repay either of them. I have no way to survive,” he said

“Either I will have to drink poison or hang myself. I cannot tolerate this anymore. I have no strength mentally or physically.”