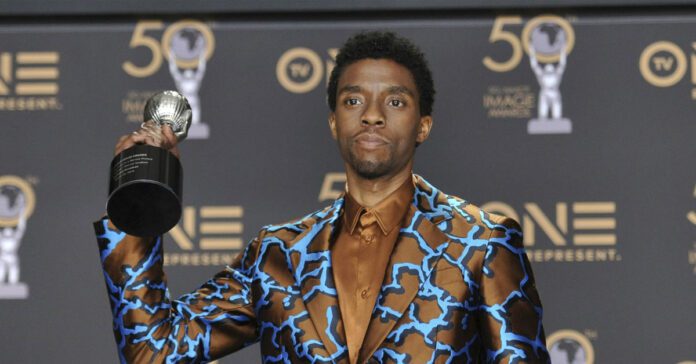 Actor Chadwick Boseman, who played Black icons Jackie Robinson and James Brown before finding fame as the regal Black Panther in the Marvel cinematic universe, died of cancer, on Friday. He was 43. The actor had been diagnosed with stage three colon cancer in 2016.

Black Panther actor Chadwick Boseman has dies of colon cancer, his family has said in a statement. His wife and family were by his side when the actor breathed his last at home in Los Angeles.

The actor had been battling cancer for four years. His family said that he was a true fighter but Chadwick persevered through it all, and brought us many of the films we have come to love so much.

From Marshall to Da 5 Bloods, August Wilson’s Ma Rainey’s Black Bottom and several more- all were filmed during and between countless surgeries and chemotherapy. It was the honor of his career to bring King T’Challa to life in Black Panther

Boseman became a household name after appearing as the Marvel superhero Black Panther in 2016’s Captain America: Civil War, and then in director Ryan Coogler’s 2018 film, which went on to gross over $1.3 billion worldwide.

He followed it up with two more appearances as the character in Avengers: Infinity War and Avengers: Endgame. His most recent film appearance was in director Spike Lee’s Da 5 Bloods, which released on Netflix earlier this year.

Boseman was born and raised in Anderson, South Carolina. He got his debut television role in 2003, in an episode of Third Watch. His first starring role came in the 2013 sports drama 42, in which he played the legendary baseball player Jackie Robinson.

Boseman played another Black icon, judge Thurgood Marshall, in a 2017 biopic. He had signed on to appear as Black Panther in a sequel. Boseman’s last tweet came on August 12. He had congratulated Democratic vice presidential nominee Kamala Harris on her nomination.

ALSO READ: The once all powerful Amar Singh dies a lonely death