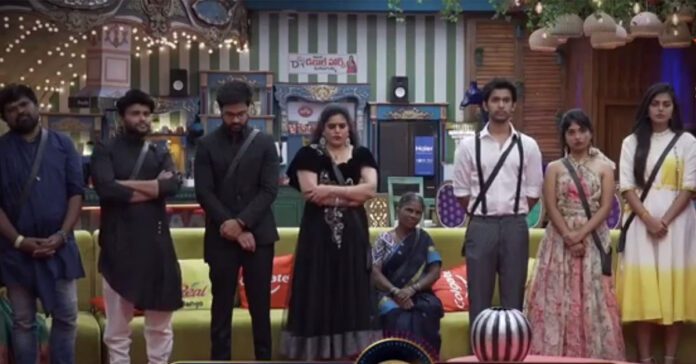 In the Bigg Boss Telugu 4, episode 14 was aired yesterday. Nagarjuna fired all the members of the house. Bigg Boss seemed to be very angry with the last week’s elimination nomination related to the boat task.

Host Nagarjuna questioned them regarding them being disorganized, He said ‘What is the point of sending housemates one after the other, rather than giving them every individual their choice to decide. He questioned angrily, slamming Noel for being proactive for wrong reasons.

Gangava was the first to be saved out of the 9 people in the elimination, and then all the other members of the house also started playing the game safely.

Nagarjuna urged everyone to confess, who is a zero and who is a hero, as a part of that task. Many said that Noel and Amma Rajasekhar were villains as well as heroes. Then, Rajasekhar became emotional.

Meanwhile Lasya and Divi had an altercation where she called Divi as a fake person as she was pretending like a pregnant woman with a pillow behind. But finally, most members called Gangavva a hero.

Big boss hinted that he would be announcing Double Elimination this week. Nagarjuna announced in BB4 episode that Karate Kalyani will be eliminated and that some other housemate is likely to be eliminated.