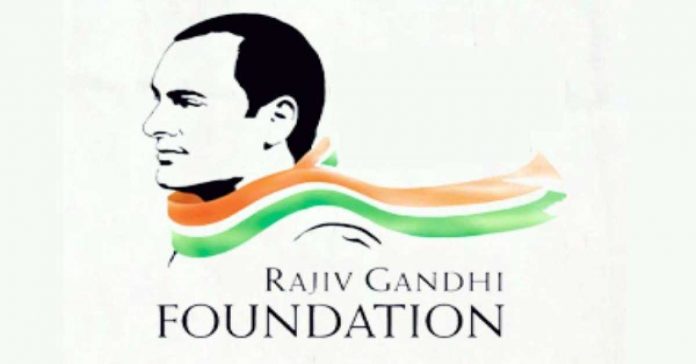 Congress president Sonia Gandhi heads both – The Rajiv Gandhi Foundation which was set up in June 1991 and the Rajiv Gandhi Charitable Trust in 2002.

Government issued a statement that the three trusts linked to the Gandhi family will be investigated for alleged financial wrongdoings. It is tweeted by the ministry’s spokesperson that the Home Ministry has formed an inter-ministerial committee to coordinate investigations into alleged violation of income tax and foreign donation rules by Rajiv Gandhi Foundation, Rajiv Gandhi Charitable Trust and Indira Gandhi Memorial Trust.

In the tweet, it said that the investigations will focus on the alleged violation of laws like the Prevention of Money Laundering Act (PMLA), Income Tax Act, Foreign Contribution (Regulation) Act by the Gandhi family-run trusts, said a Home Ministry tweet. The special director of the Enforcement Directorate will head the committee.

Congress president Sonia Gandhi, the wife of the former Prime Minister who was assassinated in 1991, heads both – The Rajiv Gandhi Foundation which was set up in June 1991 and the Rajiv Gandhi Charitable Trust in 2002.

However, the Congress says that all accounts of the trusts are audited and has denied any wrongdoing, calling the investigation “political vendetta” along with recent moves to cancel Priyanka Gandhi Vadra’s government bungalow and the ongoing National Herald case in which Sonia Gandhi and Rahul Gandhi are being investigated over allegations that they misused party funds for personal profit.

The ruling BJP said, “The government probe into RGF transactions is a ‘natural outcome’ of information brought out in the public domain. Prime Minister Narendra Modi’s government is committed to transparency.”

Last month, the BJP accused the Congress of “brazen fraud” linked to the trusts, alleging that when it was in power, the Manmohan Singh government donated money from the Prime Minister’s National Relief Fund to the Rajiv Gandhi Foundation.

The ruling party alleged that the foundation had received funds from the Chinese embassy in 2005, as a counter to daily attacks from the Congress and Rahul Gandhi on the June 15 border clash with China.

“Did the then UPA government take a bribe from the Chinese? Is it not true that after taking this donation, the foundation recommended a free trade agreement with China, which was heavily tilted in favour of the Chinese,” Law Minister Ravi Shankar Prasad questioned.

The Congress has however rubbished the allegations, calling them an attempt at diverting focus from the government’s handling of the China crisis.

It is alleged by the BJP that according to the annual report of 2005-06, the Rajiv Gandhi...